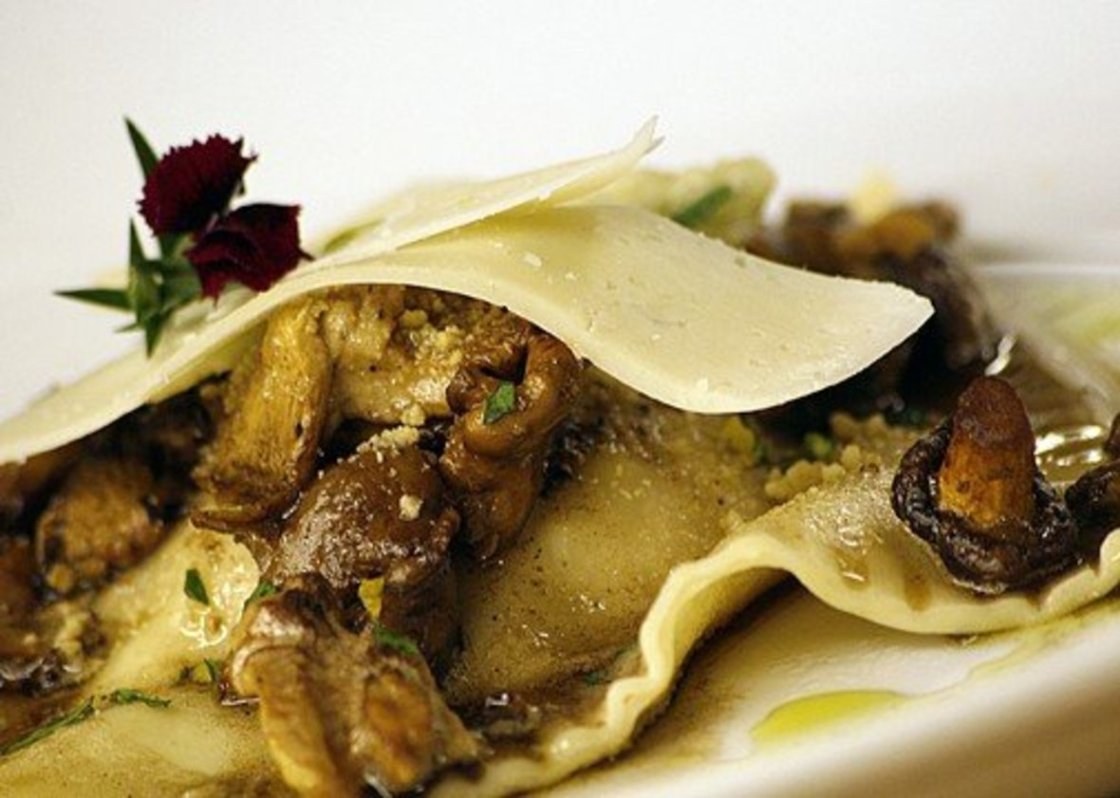 Epoisses de Bourgogne is by far my favorite cheese. It’s runny, it’s funky and it has tasting notes of mushrooms, garlic, and barnyard.

It’s a cows milk cheese that’s produced by Jacques Hennart in the village Epoisses, Burgundy, France,  It has a  washed rind, it’s rinsed in March de Bourgogne brandy, and like I said before, it’s famous for its stink.  It’s so stinky in fact that is banned from the Parisian public transportation system..

Add butter to large saute pan at medium high heat.
Add the chanterelles when the butter begins to sizzle and continue to cook until the butter turns brown.
Add the sherry vinegar, season with salt and pepper, finish with parsley.