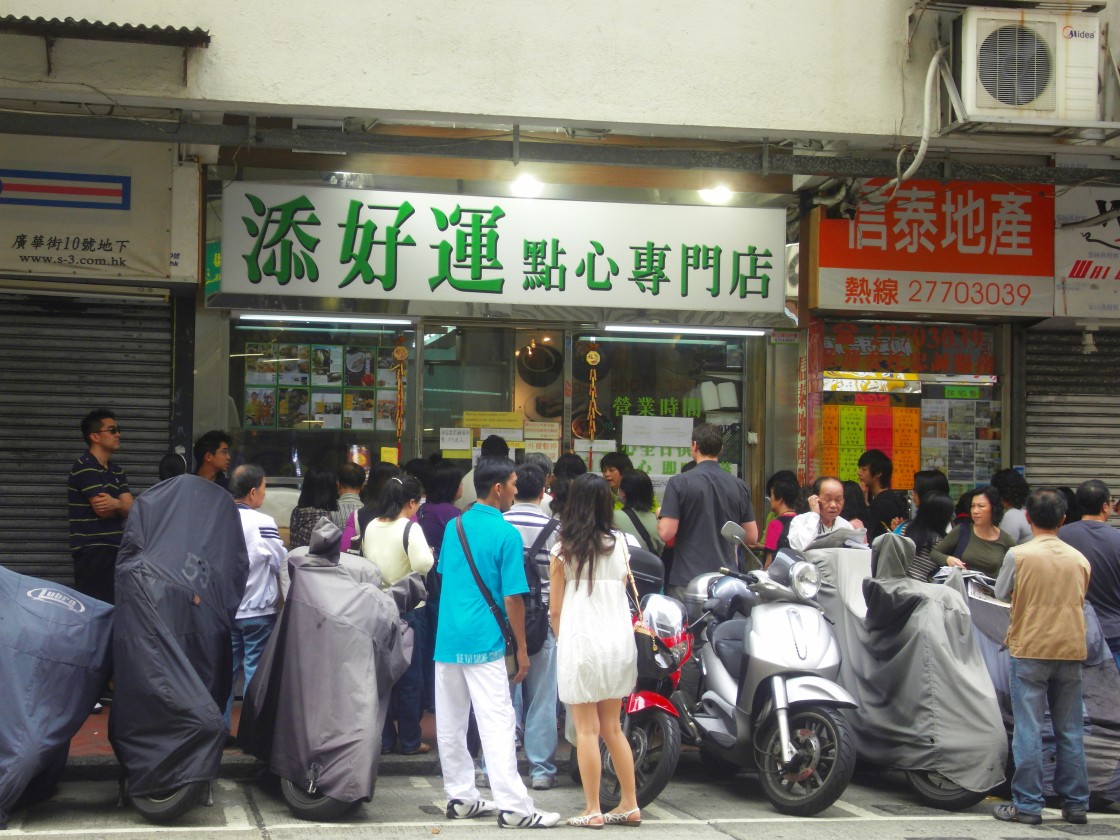 Tim Ho Wan would eventually earn a Michelin star of its own in the 2010 Hong Kong and Macau Guide, a distinction which some have stated was a move in response to the criticism that the Michelin Guide was “elitist” and “out of touch with local tastes.”

In 2015, its Sham Shui Po, North Point, and Tai Kok Tsui branches had all received one Michelin star.  Since then, the restaurant has been dubbed as “the world’s cheapest Michelin-star restaurant.”

Tim Ho Wan began expanding overseas in 2013, with locations in Singapore, Australia, Indonesia, Taipei, Vietnam, and Malaysia. We were lucky enough to find a seat at the branch in Metro Manila, Philippines.

We opted for “The Big 4,” the favorites of food critics and gastronomes around the world.

The Vermicelli Roll with Pig’s Liver is an interesting take on the traditional dish. The vermicelli roll has a velvety texture while the fresh pig’s liver lends a luscious, gamey flavor.

The next dish was the Steamed Egg Cake, which was texturally similar to chiffon.  It’s light, airy, fluffy, slightly sweet and heavily redolent of chicken eggs. 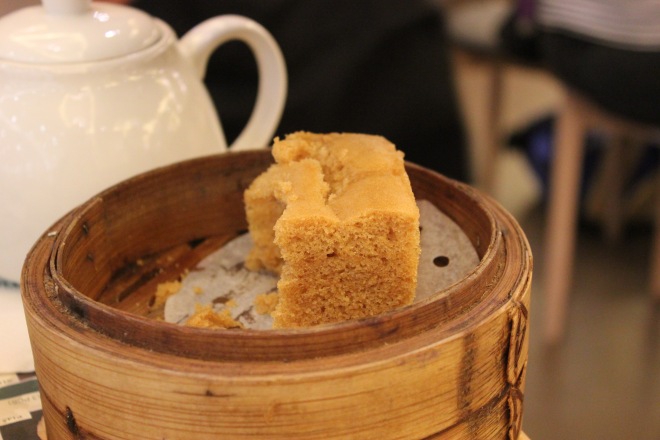 The Pan-Fried Turnip Cakes were addictive and had the surprising texture of firm jelly instead of the crunchiness of turnip.  The texture was achieved through the pan searing.  It worked.

Pardon the blurry photo but I have to mention the dim sum that put Tim Ho Wan on the map, Baked Buns with BBQ Pork.

It’s a heavenly bite of food, one of those sweet and savory dishes that transcend words.

We finished with the Mango Sago Pomelo “Pudding.” It turned out to be more of a drinkable thick liquid than a pudding, but the flavor profile was spot on.  Not too sweet and served ice-cold, it was a winner.