The Giza Necropolis is an archaeological site on the Giza Plateau, on the outskirts of Cairo, Egypt.

This complex of ancient monuments includes the massive sculpture known as the Great Sphinx, several cemeteries, a workers’ village and the three pyramid complexes known as the Great Pyramids.  The designations of the pyramids, Khufu, Khafre, and Menkaure, correspond to the kings for whom they were built. 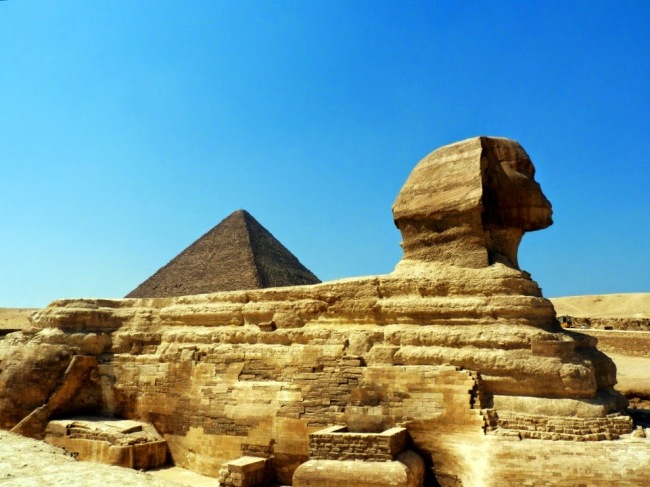 Conventional photographs of the Sphinx and the pyramids, such as the ones we took above, are taken looking west and give the impression that the statue and the pyramids sit in a remote Egyptian desert.

The reality, however, is that the urban development of Cairo and Giza have brought the cities to within easy walking distance of the complex.  Our photos below emphasize this reality in dramatic fashion. 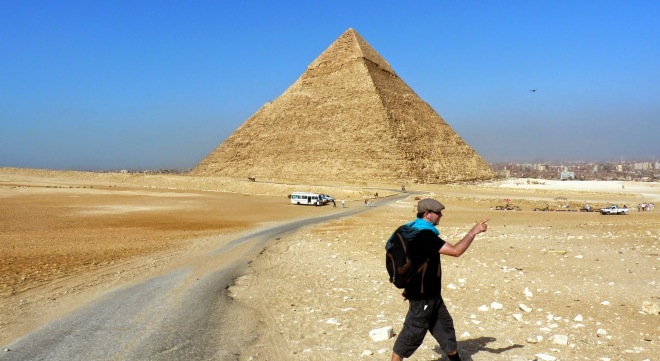 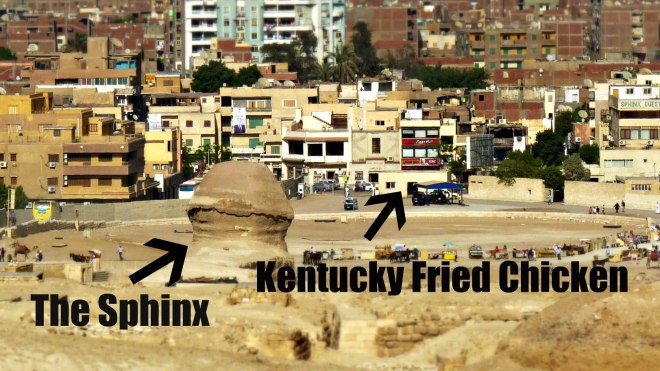